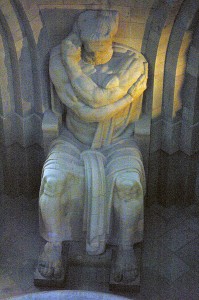 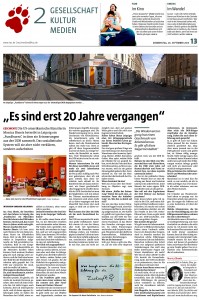 wanting to start posting actual news and updates for some time, so this seems like a good thing to start with.
In today’s taz in Germany, there is an interview with me about Das Fundbuero and the Leipziger Zentrale. Some national press coverage of the project is certainly a nice parting gift for me, and it will hopefully give the project a little boost as Peggy Freund continues to lead it after my departure.
The article is available online here. Click on the image for a PDF of the print version.