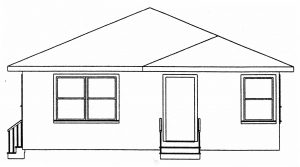 My studio residency at Banfill-Locke Center for the Arts is coming to an end, and it culminates in a two-person exhibition with the other artist-in-residence, Kit Leffler. Reaching backward, reaching forward: Tracing Histories will run January 7 through February 4, 2017 at the art center (6666 East River Road, Fridley, MN 55432). If you are in the Twin Cities, there will be an opening reception on Sunday January 8 from 1-4pm and an artists’ talk on Sunday January 22 at 2pm.

I’ll be showing an installation developed from the interviews I conducted with Fridley residents. Fridley is fairly emblematic of US suburbs in general – it was founded during the post-WWII boom and now has an aging population and increasing racial and ethnic diversity. As the recent US election shows, the fear, racism and xenophobia I heard in conversations are also typical, though that’s not all there was. I’m still working on the installation, so I’m not sure exactly how these aspects will be reflected in it, but the culture of fear and restorative nostalgia I encountered feel like themes that will continue to be relevant for some time.

Other things I’ve been up to since my last post:

At the moment, it’s hard not to feel like planning for art is more inconsequential than normal, but I’m still hoping to work in my studio more next year, reflecting on some of these participative processes in which I’ve been involved. Fingers crossed that there’s still some meaning in that.